“No Recipe Recipe” by Sam Silverman 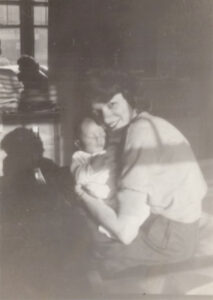 My mother was a superb baker, having learned from her Austro-Hungarian mother all the specialties of that vanquished empire. She made a variety of “Pitter Kichen” (Butter Cookies) that were outstanding and Chocolate and Nuts Tortes and a basic yeast dough that she would transform into half-a-dozen different things.

She was particular though. She would make an exceptional Date and Nut Bread, but she would only bake it in recycled Campbell’s Soup cans. If we hadn’t eaten enough soup to provide the requisite number of cans for the recipe, it didn’t get made. Someone once suggested that she make it as a loaf, in a big pan, and she looked at them like they had two heads.

Things were only done the way they were done.

She was a good cook, but not exceptional. Like many housewives she had a routine of two or three dozen recipes, most of which she repeated over the course of the month. On the third Monday, we would invariably have some fried fish, flat flounder fillets, whole smelts, and thick cod steaks. Very good.

Also, like many women of her generation, she guarded her recipes closely.

Even from her family.

Mom made a really good mayonnaise-less potato salad. And after I’d gotten married and moved away, I missed it and asked her for the recipe.

Take a batch of potatoes. Peel them, boil them until they’re tender, and let them cool.
After they’re cooled, cut them into chunks and put them in a big bowl. Then pour on the lemon juice.”

“How much lemon juice, mom?”

“Enough until you think you’ve spoiled it.”

Mind you, my mother was a home economics teacher. She knew from recipes, but that didn’t mean she was going to give them to you. 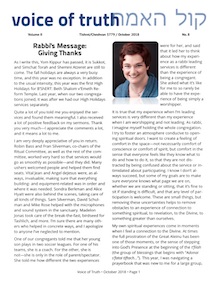