Clergy, Staff, Board of Trustees 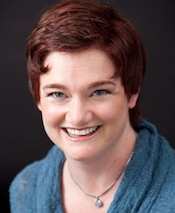 Rabbi Heidi Hoover began her work with B’ShERT’s predecessor congregation TBE as Rabbinic Intern in 2006, initiating programs such as Shalom Shabbat (our Friday morning Shabbat observance for young children and parents/caregivers), our Saturday morning adult Torah study, the Interfaith Adult Workshops, and more. She served as Acting Rabbi during the final year of her academic studies, and after receiving smicha in May of 2011, she began her full-time service as rabbi of our temple in July of that year.

Rabbi Hoover has been profiled in the New York Times, Jewish Woman Magazine and other print & online publications. She frequently speaks on the topics of Jewish identity, interfaith issues and the relationship of the Jewish people to modern Germany. Her essay on ethnic diversity in today’s Jewish community appears in Studies in Judaism and Pluralism, published in December 2016 to commemorate the 60th anniversary of the Academy for Jewish Religion. Her writing has also been published in the Huffington Post, My Jewish Learning, and the Washington Post.

Rabbi Hoover leads worship services, Torah Study, and our B’Yachad adult study sessions. As the supervisor of our Religious School, she works directly with our B’nai Mitzvah candidates and our confirmation students.

She is a proud alumna of the Academy for Jewish Religion and Gratz College; she received smicha and her Master’s degree in Jewish Studies in May of 2011. She holds a BA from Carnegie Mellon in Pittsburgh, PA.

For the 2010/2011 academic year, Rabbi Hoover was a Rabbis Without Borders student fellow at CLAL, the Jewish center for learning and leadership. In 2013-2015, she was part of the first participant group of RWB’s two-year Clergy Leadership Incubator program for early-career congregational rabbis. She also has taught and led programs for Hadassah of Park Slope, the Institute for Living Judaism in Brooklyn, the Interfaith Center of New York, and Kutz Camp. Rabbi Hoover is active in the Interfaith Coalition of Brooklyn and sits on the board of the Center for Ethnic, Racial & Religious Understanding at Queens College.

Rabbi Hoover lives in Kensington with her husband Michael Rose and their daughters Hannalina & Shoshana Hoover. 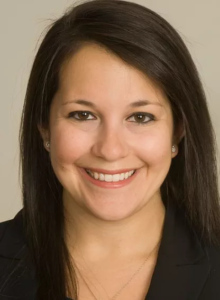 Rabbi Alexis Pinsky was ordained from the New York campus of the Hebrew Union College – Jewish Institute of Religion. She is a member of the Central Conference of American Rabbis – the rabbinic organization for the Reform Movement.

​Rabbi Pinsky recently relocated to the New York area after serving the Greater New Orleans Jewish community since her ordination in 2015. Prior to moving, she completed a year as Associate Rabbi at the historic Touro Synagogue where she served as the Musical and Liturgical Clergy in Residence. Before that, Rabbi Pinsky was the Assistant Rabbi at Congregation Gates of Prayer in Metairie, LA where along with pulpit responsibilities, she focused on outreach and engagement to young families and the 20s and 30s community.

Rabbi Pinsky is passionate about connecting others to the richness and beauty of the Jewish tradition, cultivating sacred ritual moments, music, Jewish education, both formal and informal, and working toward a more just world.

In 2007, cantorial soloist Nonie Schuster Donato returned for her second tenure at TBE (now B’ShERT) to lead our congregation in song. Nonie is an accomplished Baroque soloist who also conducts various children’s choruses, including P.S. 193, The Gil Hodges School.